Currently one of my 7 books is translated into English, Paper-Figures, and a short novel, Carmen, however, a Silent Hill book, "Beyond-Feeling", is coming soon, as well as my first EVE Online novel, "Antiainen Incident". I described the synopses of all my books in order to see what type of stories I can write and create, and what else is coming in English.
Let’s see them detailed, I provide short synopses of what they are all about. 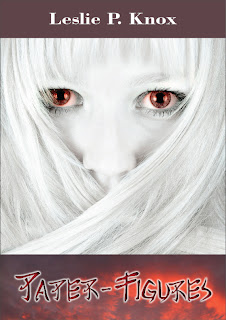 Book one
"Paper-Figures" (Out now in Paperback and eBook)


Paper Figures is a lively story about a secret Chinese Black Ops team, which successfully completes deadly missions issued by the government, and sometimes by private employers.
One day, a completed private rescue mission triggers something extraordinary, with consequences of which are wholly unforeseen. Hana, the beautiful tactical commander, Feng, the insane murderess, Shaozu, the sharpshooter and woman-chaser, as well as the team leader, Zhenbang, the martial artist with a vast network of contacts, find themselves in a never-expected situation: they have to protect themselves against assassins whose identity is unknown. The team starts an investigation to find out the reason for these events. Only one person is available to helps find out that the reason of the unpredicted events is the latest rescue mission, but things get a lot scarier: the rescued person shouldn’t have been rescued, because she has some terrible secrets, so bad that they scare even the Black Ops team members to death… 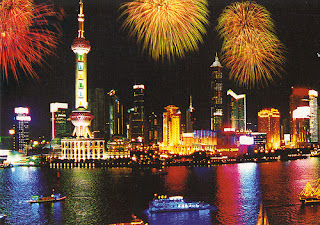 This story takes place one and a half years later after the first story ends. The organization, which is moving in the shadows of Shanghai, and is known partially by the Black Ops team from the first book, now makes its next move and plans an unknown terrorist action for exactly the Chinese New Year Eve, 14 of February. It is all that the secret service knows, but they don’t know any specific details.
Since only three days left until the new year’s eve, the secret service begins a preventing action, but they need some help. Among the members of this lethal organization are some extremely dangerous persons, therefore the secret service brings out somebody – an expert combat specialist, a former assassin – from a maximum security prison.
The convict gets three new partners, and while the secret service tries to stop this unknown terrorist action while there are huge celebrations all over the city, the new assassin squad will have only 72 hours to know what this terrorist action is, and to catch the organization’s deadliest members from whom even the secret service is afraid.
However, nobody knows what is happening precisely behind the scenes … 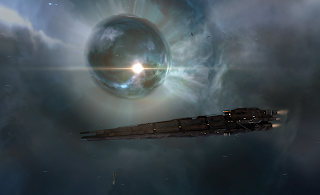 A Battlecruiser’s three-member-crew find themselves in the middle of a rescue operation, which almost instantly screwed up. They can escape from the space station at the very last moment, and due to this illegal action they get high price bounty on their head. The captain is Trondam Rei, who is a charismatic leader, but sometimes he is just a “shit-magnet”: he is drawing the trouble close like a Black hole the stars. The engineer is Volre Den, a handsome nice-guy, he is usually cool-minded. And the gunner is Mei Gron, a half-cyborg young girl. All three think that the rescued civilians carry coordinates of a secret pirate station in the memory chip in their head, but during a short rest at a colony, the trio is attacked by those for whom these secret coordinates are being delivered. Nobody understands what is really happening.
Trondam asks for some help from his friends. Firstly an aristocrat woman, Aylar Bren, and her crew join him with their massive command ship, and save Trondam and his crew from a planet because they are trapped by a local gang hunting them thanks to the bounty.
Shortly thereafter the truth comes to light: the rescued civilians are not carrying secret coordinates but a deadly virus in their body that infects anybody within several miles, and so within a space ship, and the subject dies within 24 hours.
The lately visited colony becomes quarantine zone. Trondam and his friends have no other choice but to continue the travel and take the civilians to the destination Solar System, Antiainen, where sometimes a special Wormhole opens to let through any ship to a secret drug lab where the antidote of the deadly virus may be created …
However, the virus is a serious biological weapon, therefore other organizations – agents, police, fleets, pirates – try to capture Trondam and his team. The team has to get into the System of Antiainen, for control of which huge fleets are deployed and not all of them fight for the same reason …

There is a relative peace in New Eden’s core systems. The Concord named organization keeps up the peace using high-tech spaceships; every pirate, smuggler stays away from these systems and they try to carry on their job in the outer outlaw systems. One day, an unknown organization starts some weird events: they break into prisons, from where dangerous and influential pirate leaders are rescued to gather them in a fleet. After this the leader of this unknown organization, a beautiful charismatic woman, declares an official war against the Concord. It never happened in the last hundred years.
Everybody doubts about this announcement, they laugh, but a few days later this unknown organization, as the leader declared, launches an offensive against High-security systems where the Concord is the one and only ruler. The Stargates and stations are under attack, the unknown organization uses master strategy and wipes out the Concord ships, taking over the control of stargates, stations. Nobody can stop them.
But a bit later everybody realizes that the reason of these operations is not to establish the chaos, but something else. The organization breaks through highly protected systems, deep into the core systems, as far as main trade centres, and with this manoeuvre the whole economic system of New Eden becomes unstable.
A bit later this organization attacks not just the police but everybody else who tries to do any type of offensive manoeuvres, it doesn’t matter against who.
But how long can it last? Where is this unknown fleet hiding? What’s their final purpose and who is the supplier?
Obviously the Concord wants to know the answers for these questions and while the operation becomes bigger and more serious, they try to use covert agents, spies, but this fleet has their own agents and spies too.
The organization keeps making efforts to reach their final goal, which is known only by them, meanwhile they have to face enemies from outside and inside too, and every captain and pilot has to face the stress, depression, desperation … 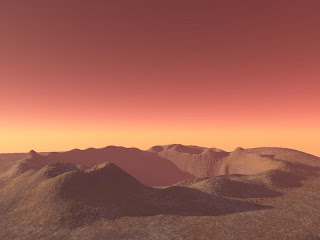 This is the story of the characters of the first two parts. Trondam and his crew get a strange mission: they have to help to liberate a slave settlement. The colony, built around a meteor crater, is on a rocky planet. It collects the rare material from the melted core of the asteroid remnants, and the mission is to infiltrate into this complex, and free every slave.
But something is not right. Trondam, the “shit-magnet”, and his crew find themselves in a mission where the smallest mistake might be the biggest one …
… since not rare materials are inside the asteroid but something else, which is already awoken … 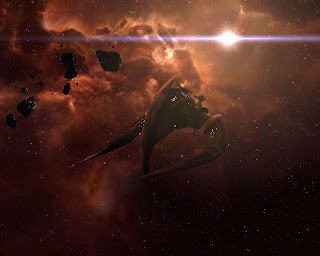 The eight-year-old Rufy Der, survivor of The Anti-Concord Alliance, falls in love with being pilot. She can get the first license for a rookie ship, however, due to her low age, the further pilot license extension is declined. She makes a decision: she is going to cheat, showing herself as a twenty-year-old girl, so she goes to a medical treatment to be a physically twenty-year-old girl. Her body is bombed by radioactive particles: accelerated ageing process.
Two years later, Rufy becomes a beautiful twenty-year-old girl, however, she is only ten years old in her mind. Thanks to her special artificial eyes – the pupil-less, sky-blue ones, with which she can see anybody’s emotion as a lighting aura – she completes hair-raising things along with crass-stupidities, but she is still unbelievable.
One day, when she is in the middle of a crass-stupidity, her old friends, also survivors who haven’t been seen for two years, appear and as a forgiveness, they gave Rufy a ship, for which she would never have enough money.
When they do the test flight, they see an interesting thing: though the Concord doesn’t allow it, an illegal race is organized, fifth time, sponsored by influential corporations.
Rufy signs up with her new ship, along with 148 other pilots and their crew. The pilots have to collect points available by completing easy and deadly tasks, as well as shooting at each other. The stake is high: if any pilot is caught, they have to go to prison at once, however, if anyone wins, the reward is billions of ISK.
The rules of the five-day race becomes more strict day by day, and tough anybody may shoot at any other pilot on the first days, they must do this on the last two days.
While Rufy and her friends try to survive, a traitor, a Concord agent, appears among the racer-pilots, but nobody knows who he or she is, but this pilot informs the Concord about the race’s secret routes, making harder the racer-pilots’ life.
Rufy and her friends have to face New Eden’s best pilots, sometimes each other, and Rufy has to face her young and adult self too … 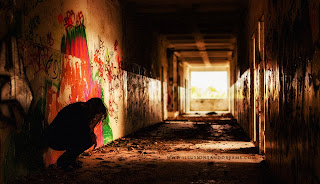 A friendly group, five people, travels across a misty town by car. One of them, Ben, is excited because the purpose of the travelling is to visit his girlfriend, Jane, who is living not too far from this town and waiting for this friendly group with a great dinner.
However, once the car passes by the “Welcome” board, they meet with an accident, and though nobody is hurt, the car becomes unfit for travelling. While the passengers think about why and how this accident happened, something makes a move in the thick fog …
The friends get separated, lost, scared; they don’t understand what is happening to them. And then the air-raid warning siren sounds …
They get into the Otherworld, where new wave of terrible things occur with extreme intensity.
And somebody regains consciousness in a room, somewhere in the darkness. This person is not else but Ben’s girlfriend, Jane, who was about to be visited. But what is she doing here?
Jane, firstly, has no idea what is happening to her, but the cursed town explains everything through her subconscious ...
Ben doesn’t know that his girlfriend is in this town, and Jane must find the way back to the car quickly, because …
... something important is hidden in the car trunk … 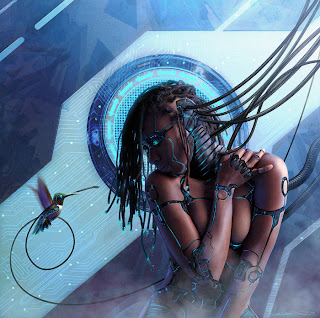